Habits books are self-help guides that show people how to change their habits for the better. These works cover things like how to stop procrastinating, how to make routines, and how to make the most of your time. These guides are meant to help people become more consistently productive.

If you want to learn how to be more focused in your career or how to be a better trainer, these books are for you!

People who want to be more productive, less stressed, and better at balancing their lives should read these new books.

Atomic Habits is one of the best books to help you change your bad habits into good ones. The book says that bad systems can make it hard to break bad habits and make good habits. How can you change your behavior? Make bad habits hard and make good habits easy, says the guide. Another thing you can do to change your behavior for the long term is to start small and build up to bigger and bigger goals over time instead of setting unrealistic goals when you first start. This way, you’ll be more likely to succeed. Simple ideas from neuroscience and psychology are used in James Clear’s system, and he explains how to change your habits in a way that is easy to understand. Atomic Habits is the best way to make long-term changes.

It’s a good quote: “Every action you take is a vote for the person you want to be.” No single vote will change your beliefs, but as the votes build up, so does the evidence that you have changed.

The Power of Habit: Why We Do What We Do in Life and Business by Charles Duhigg

The Power of Habit looks at habit through a scientific lens. Charles Duhigg, a reporter for the New York Times, uses research and case studies to explain how habits work and how to change them. The book has three parts that look at the habits of people, successful businesses, and whole countries. As the title suggests, the book shows how habits can have a big impact on what people do, and it explains how these habits can be formed in the first place. The Power of Habit is different from most habit books because it doesn’t give you step-by-step instructions on how to change your own behavior. Readers can use the book’s observations and analysis as a foundation for making changes in their habits.

You can’t get rid of bad habits, but you can change them.

Tiny Habits: The Small Changes That Change Everything by PhD BJ Fogg

Tiny Habits is a guide for making big changes in small steps. For more than two decades, BJ Fogg has researched and worked with people who want to change their habits and make them last. He has found that these methods work, and they work well. Fogg talks about a system that helps people change their behavior in small steps. Tiny habits are less risky and help people get used to new ways of living. However, these small changes can add up over time and have big effects. Tiny Habits breaks down the science of behavior into simple equations and figures that are easy to understand. It also gives exercises that help readers act on and practice the theories.

“In order to make good habits and change your behavior, you should do three things.” The best way to stop judging yourself is to stop. Take your dreams and break them down into small steps. Mistakes are good things to learn from. Use them to move forward.” 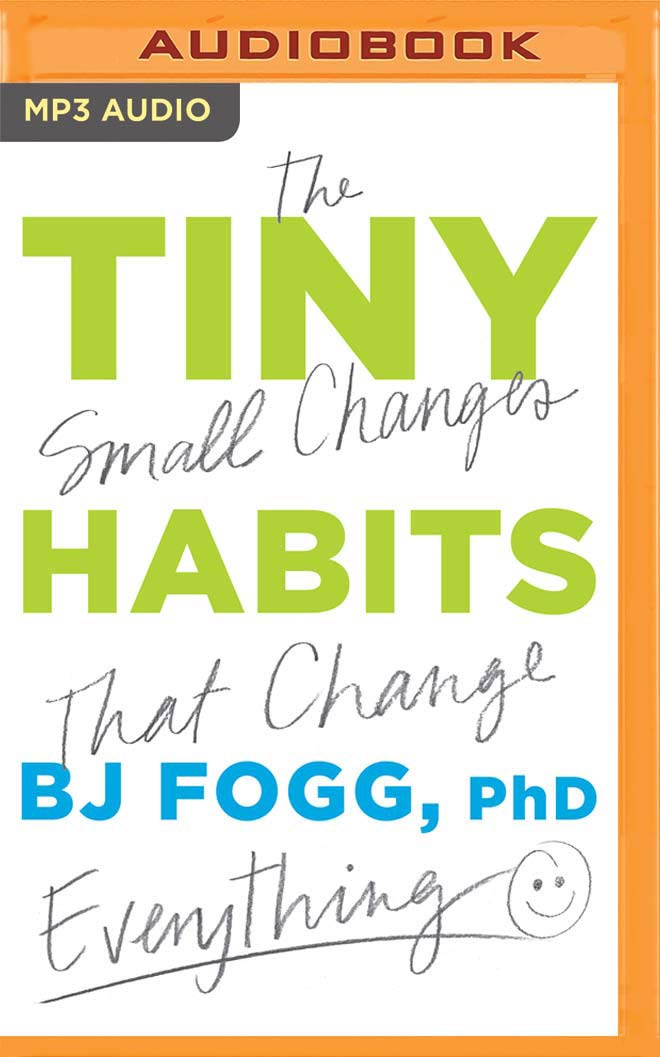 The 7 Habits of Highly Effective People by Stephen R Covey

This is one of the most popular books on habits. Stephen R. Covey says that high achievers act in ways that are different from the rest of us. These people are good at seven things, like being proactive and setting goals. It talks about the seven habits in detail, giving examples and giving advice on how to use them in your own life. 7 Habits of Highly Effective People talks about how to form habits, but also how to form habits that are likely to help you achieve your goals.

“To change ourselves effectively, we first had to change how we thought about things.”

How to Change: The Science of Getting from Where You Are to Where You Want to Be by Katy Milkman

How to Change is a deep dive into change. The book talks about the ideal conditions for change and the things that stop people from making changes. The author looks at real-world studies to come up with data-backed ways to fight procrastination and laziness, reject conformity, and start healthier habits that help people reach their goals. When Katy Milkman talks about behavioral change, she makes a lot of references to the concept of habits. She doesn’t get too far away from her main goal, which is to help people change their habits. Change isn’t as mysterious as it used to be. The book shows how the process works and points out patterns. How to Change is a self-help book that backs up its motivational mantras and promises to change things up with real-world proof.

“We’re more likely to try to change on dates that feel like new beginnings because these moments help us overcome a common obstacle to goal setting: the sense that we’ve failed before and will, thus, fail again,” says the quote.

Elastic Habits: How to Create Smarter Habits That Adapt to Your Day by Stephen Guise

There are a lot of interesting books about making good habits. Elastic Habits is one of the most interesting. The main idea in this book is that flexible habits that allow for some wiggle room tend to be more successful than strict rules. When strict schedules don’t work out in real life, people tend to give up on their goals instead of changing their plans to work better in the real world. In a time crunch, people can cut their workouts down from 45 minutes to 15 minutes instead of skipping them or making them even longer and making them even more exhausting. Stephen Guise says that following strict rules takes extra energy that could be used for something else. People who read this book will learn about the difference between “static” and “elastic” habits, as well as how to set goals that can be changed to fit their lives better. 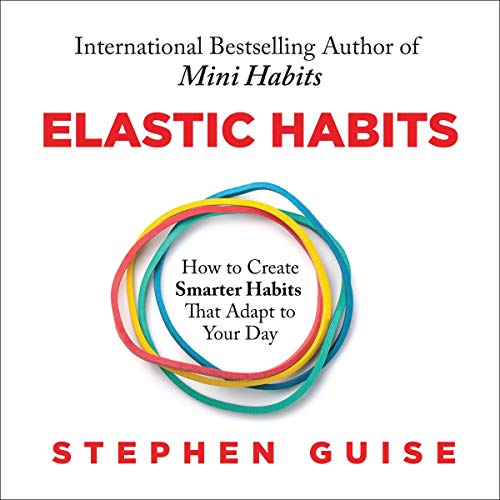 Good Habits, Bad Habits is a book about how to change your behavior. The book looks at anecdotes and gives scientific reasons why they worked or didn’t work. How to Change Your Habits breaks down habit formation into its basic parts: context, repetition, and how behavior change is based on a combination of careful design and resilience. It helps fill in the gaps that other habit books leave between adopting a positive mindset and getting results. Good Habits, Bad Habits does this by explaining the science behind self-improvement. Wendy Wood does a lot of research and scientific principles in her writing, but the writing is still fun and the tone doesn’t get too dry. “Self-control is easy when you understand that it’s about putting yourself in the right situations to build the right habits.”

Better Than Before: What I Learned About Making and Breaking Habits–to Sleep More, Quit Sugar, Procrastinate Less, and Generally Build a Happier Life by Gretchen Rubin

Better Than Before is one of the best books on healthy habits. Gretchen Rubin is a thought leader who writes a lot about how to be happy and happy. In this book, she talks about how better habits can make you happier. As the title suggests, this book talks about how to make positive changes in your life. You must know yourself before you can change yourself. This is what the book says in the beginning. Rubin goes on to explain some of the basics of how to form a habit, like monitoring, scheduling, rewarding progress, and avoiding temptation, as well as how to break bad habits. Step-by-step, Better Than Before is a guide to becoming a better version of yourself that isn’t harsh. “The desire to start something at the “right” time is usually just a reason to put it off.” Every time, the best time to start is now.

High Performance Habits is a study of people who keep getting better. It’s his goal to figure out what makes people want to succeed, how some teams do better than others, and why some people are happier than others when they try to be successful. According to the author, there are six habits that lead to high achievement and happiness:

Seek to get the facts straight.

Energy is made.
Raise the need
Productivity will go up.
Influence people

Show that you are brave. Each habit is looked at in more detail in the chapters. They show examples of leaders who have these traits, and they give advice on how to get them. The book also tells you what to avoid, and how to keep these feelings and actions going for a long time.

“Be more intentional about who you want to be.” This is a good quote. Have an eye for things that aren’t right now. As you think about your best future self, start acting like that person right now. Change is hard, especially when you have to change your behavior. Many people try and fail to change their habits because they don’t fully understand the science behind these behaviors. Books about habits can help people understand why they’ve failed in the past, learn how to be more self-disciplined, and find ways to resist temptation and adopt healthier habits in their daily lives.