If you’ve come back to my site again, I’m sorry. 🙂 If this is your first time… WELCOME!

It was only last year that I discovered the MC (Motorcycle Club) Romance genre. I haven’t been able to put the books down since! I have about 55 MC Romance on my “To Be Read” list. I don’t think I need more books on there, right?

What is MC Romance and what makes it so addictive

This is a sub-genre called MC (Motorcycle Club) Romances. They are very intense and not for people who aren’t strong-willed. A lot of these stories have things like brotherhood, trust and friendship mixed with sexy-bad-boys, tattoos, leathers, Harleys, and an attitude. These guys don’t make any excuses, and they live by the Club’s rules. Club business is always club business, no matter what. sort of like Vegas… But only in a different way. They fight, play, and love hard. When I read MC Romance, this is what I like the most about it. As long as you love this type of book or are in the market for a book that is different, look no further!

Below are the series that you must read.

She did it again. There are a lot of Storm MC chapters, but this is the one for Sydney. The Sydney Chapter is rougher than the first one. The boys are more sexy, more possessive, more bossy, more fierce, and more dangerous than the original. If I had to choose, I’d say King’s Wrath and King’s Reign are the best books in the series. I’ve read them all.

There are 8 books in the series:

This is the first book I’ve read by this author, and I love it. I love the brothers and the women they live with, as well. The plot of the show is crazy, and I like that each brother has a different story and each brother has a different story. Banger is my favorite brother. However, the VP is a panty melter, just to be clear. This author knows how to write a story, and you’ll be hooked from the start. It’s possible to read my review of the Insurgents MC here.

Book 10: Outlaw Xmas (On my TBR pile for September)

There was no way that I found out about this series by accident. When I went to Goodreads to look for a good MC Romance book, it didn’t work out! remember how I found this series, but I’m very happy that I did. This is a great series. You’ll be hooked from the first page. I think my favorite book is…everyone. I can’t make up my mind. As for Reese “Picnic,” I do like him. The characters in this show are very interesting. There isn’t one thing I don’t like about this show. It has a lot of hot guys and sex. There is a lot of what you like about MC Romance in this book. To help you get a sense of how people who ride bikes live, this series will show you what they do. Their own rules and laws.

6 books in the series and 3 Novellas

Book 6.5 Shade’s Lady (On my TBR Pile for September)

Sons of Sangue (A Vampire MC Series) By Patricia A Rasey 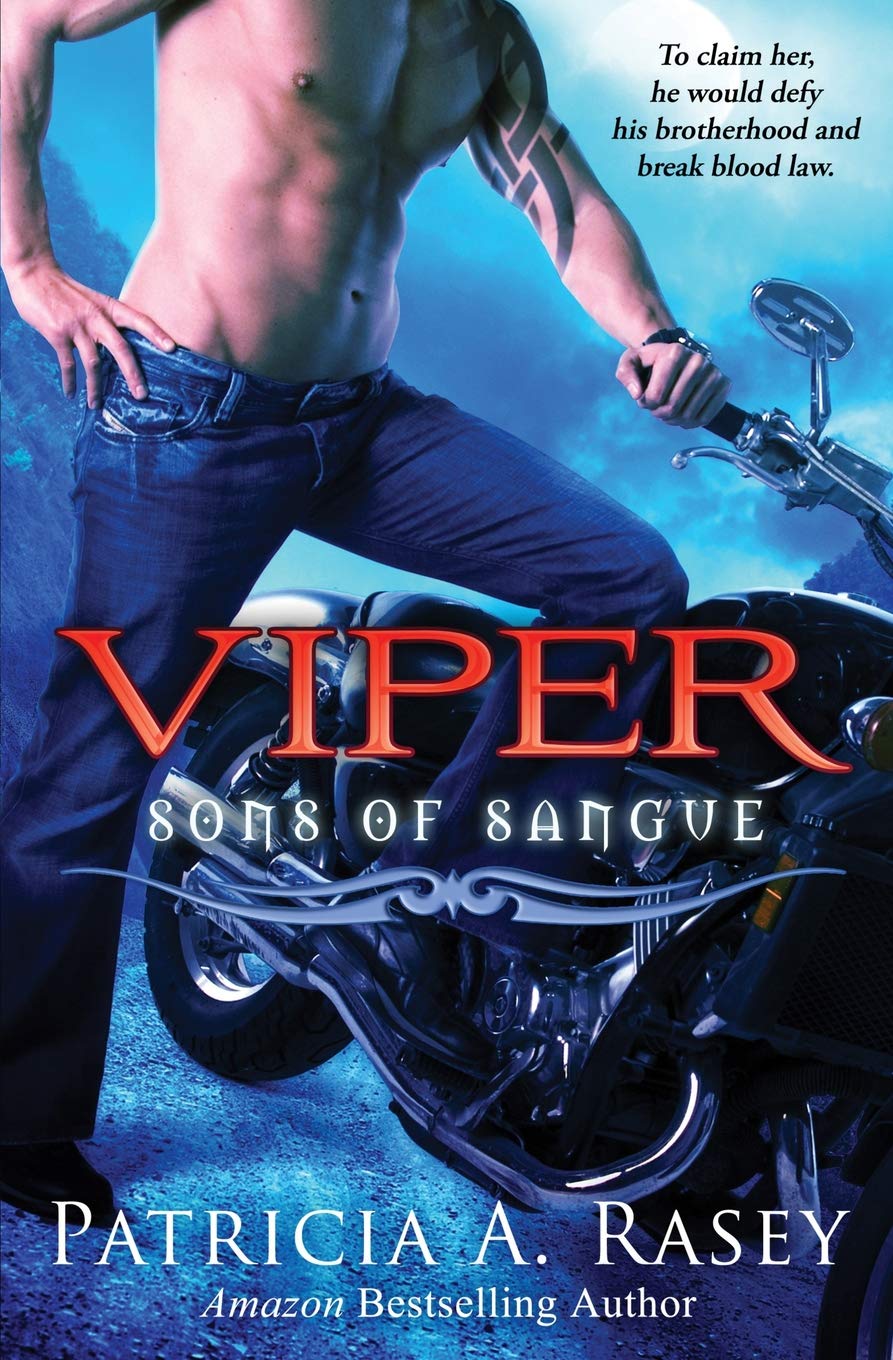 When I tried to figure out where this series should go on my to-do list, it was hard. So far, I’ll keep it at #5 on my list. There are two of my favorite genres in this series: Paranormal and MC Romance, which means it has the best of both worlds! There you go. I’m moving it to number 4.

When you read this series, your life will have to stop for a while until you read all the books in the series. The books are so good that you won’t want to put them down at all. This is a show that will keep you up all night. A lot of vampires with tattoos and a lot of sex. They ride motorcycles. You’re going to have a lot of fun with this one. If I say so, don’t believe me. Six books in the series so far, the 7th to be released this year, and two novellas!

Book 6: Ryder (On my TBR Pile for September)

When I was younger, this was the show that started it all for me. Some of these bikers are very sexy, possessive, and bossy, but they also have dirty mouths. Who knew that there were men like this in Australia, and that they were living there?

I think you’ll like the women. Not only are they beautiful, but they are also very sexy. In the way that I like my heroines, this is how I like them. There is a lot to like about the series, and you won’t be able to put the books down. I read the whole series in less than two weeks. There are 8 books in the series: 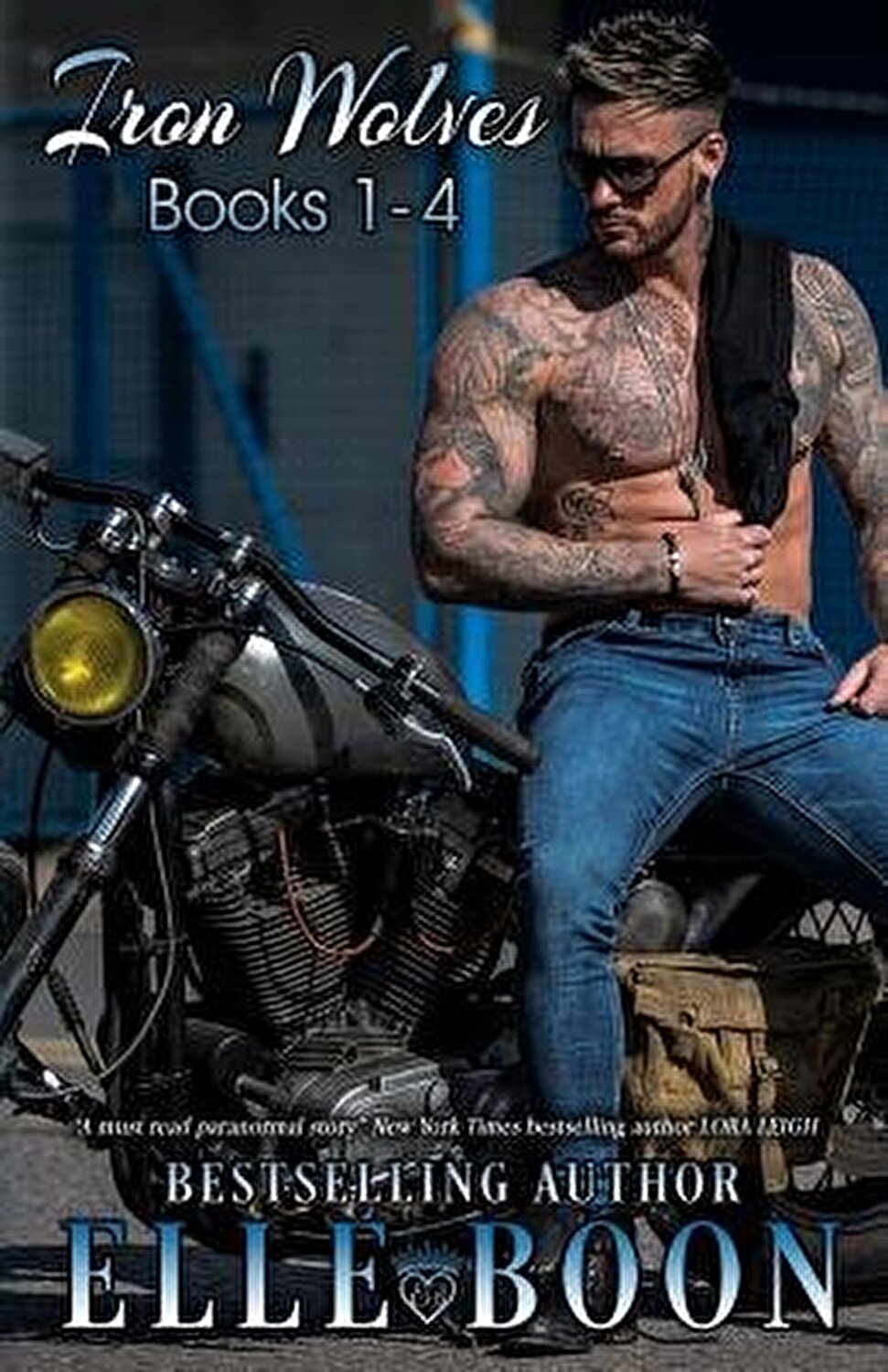 Where should I start with this? I like this book because it has a lot of things I like, like Paranormal and MC Romance. In this series, there are lots of bad boys who protect and help each other. There are also a lot of steamy love scenes.

Besides wolf shifters, you’ll also find a crazy Fae Queen (who gets her own book), sexy vampires, and a lot of vampires. I can’t wait for this series to start because I am excited. How did I find this treasure? The Mystic Wolves by Elle Boon is a book I found by accident. This is a spin-off of the book.

Book 8: Arynn’s Chosen Mate (On my TBR pile for September)

These are different from #2 on my list. I love Chiah Wilder’s writing, her character, her sexy scenes, and her plots. I also love how she writes. When you read this book, you’ll see bad-boys who do business well and love their women.

I don’t want to say this again, but Chiah is the queen of plotting. You should know that the first book isn’t good. The first book is heartbreaking, but it doesn’t give away anything about the rest of the book. Was shocked and shed a few tears. To start this series, you should read the Insurgent’s MC first. It can still be read on its own.

6 books in the series:

Book 5: PACO (On my TBR pile for September) I found this book on Goodreads, and I’m so glad I did! Here’s a great find! I was hooked from the very first page. Writers did a great job with the text. I didn’t like one thing about the show. This show is rough, raw, and sexy. I really like the characters, especially the guys in this book. It’s a man! Diesel is a sexy mutha… You will get all of the things you love in an MC romance, like biker slang, steamy scenes, and strong women.

7 books in the series:

The MC Sinners By Bella Jewel

The first book in the series was so good that I read it in one sitting. I ate cookies and wine while I was reading, but I didn’t stop reading. I ran out of milk. People who read this series will love the author, and she has another MC Series that sounds just as interesting. It was the only thing I didn’t like about this series. There were only three books and a short story in the whole series. However, the good news is–there is an MC Sinners Next Generation.

“Gritty” is a word that people use to talk about this book. You know, I’ve read a lot of books about motorcycles clubs, and this one has everything. A lot of blood and gore. As I thought about what an outlaw motorcycle club would be like, I think this series shows that.

One of my favorite MC Romance series isn’t even done yet. This is one of the best. Some of the sexiest scenes are in Death Dwellers MC. There is also real love in this MC. This is a movie that you won’t be able to forget. You’ll laugh, you’ll cry, and you’ll learn a Just an emotional roller coaster of betrayal, vengeance, and hate that makes you cry. I’m in love with all of the characters, except for one. I’m not going to say her name, but it starts with K and ends with dal. I can’t stand the shit!