I was in my early 20s and living in Reno when I went to the library. I saw Wild at Heart by Barry Gifford on the new releases shelf, so I bought it. The cover made me want to pick it up and look at it. In the evening I read it, and I was like “Goddamn, I want to write like that.” I went to a bookstore six months later and saw a cardboard cutout of a crazed convict with a gun. He had pockets on his chest that held books with the same kind of black-and-white cover photos. Books by Black Lizard were called A Swell Looking Babe, The Grifters, Nightfall, The Burnt Orange Heresy, Hot Spot, and A Hell of a Woman. The publisher was called Black Lizard. It was the first time I’d seen books like that. They were short, under 200 pages, and looked dangerous. Because I’d just been paid and I had money, I bought four of them even though I didn’t know anything about noir or whose books they were.

Because of the book A Hell of a Woman I read that night, my view on novels changed for good. Those Black Lizard books were about people who were psychologically damaged and had to figure out how to live in a cruel, cutthroat world that didn’t want them in the first place. And they were written by people who seemed to me to be psychologically ill. My heart felt at home. In the books, they were thin and dark and desperate. He started Black Lizard. I didn’t know at the time that Barry Gifford did that. People like Charles Willeford, David Goodis, and Jim Thompson were brought back into print by him, and he did that. Soon after that, he helped me find the cutout of the crazed convict with the books in his chest. Isn’t that lucky? A list of some of my favorite noir books:

They Shoot Horses, Don’t They? by Horace McCoy

This book takes place during a dance marathon during the Great Depression. Gloria tells her dance partner that she’s suicidal when they first meet. She has no family, can’t get a job, and wants to kill herself but doesn’t have the courage. A lot of the book is based on the desperation of people during the Great Depression. Because everyone there wants to be famous, this is the reason why. The book is set in Hollywood, where fame and stardom are everything, and being found is everything. Even though everyone knows it won’t happen, it’s still a lot of fun

My favorite title of all time! Another book from the 1930s that is sadomasochistic, racist, violent, and romantic at the same time. Cora and her Greek husband Nick are in need of help running their gas station. Frank, who isn’t sure he is a sociopath, ends up at the diner. They start having sex, and it gets crazy after that. People who like audiobooks might want to check out Stanley Tucci’s reading of a lot of books. It’s very clever. 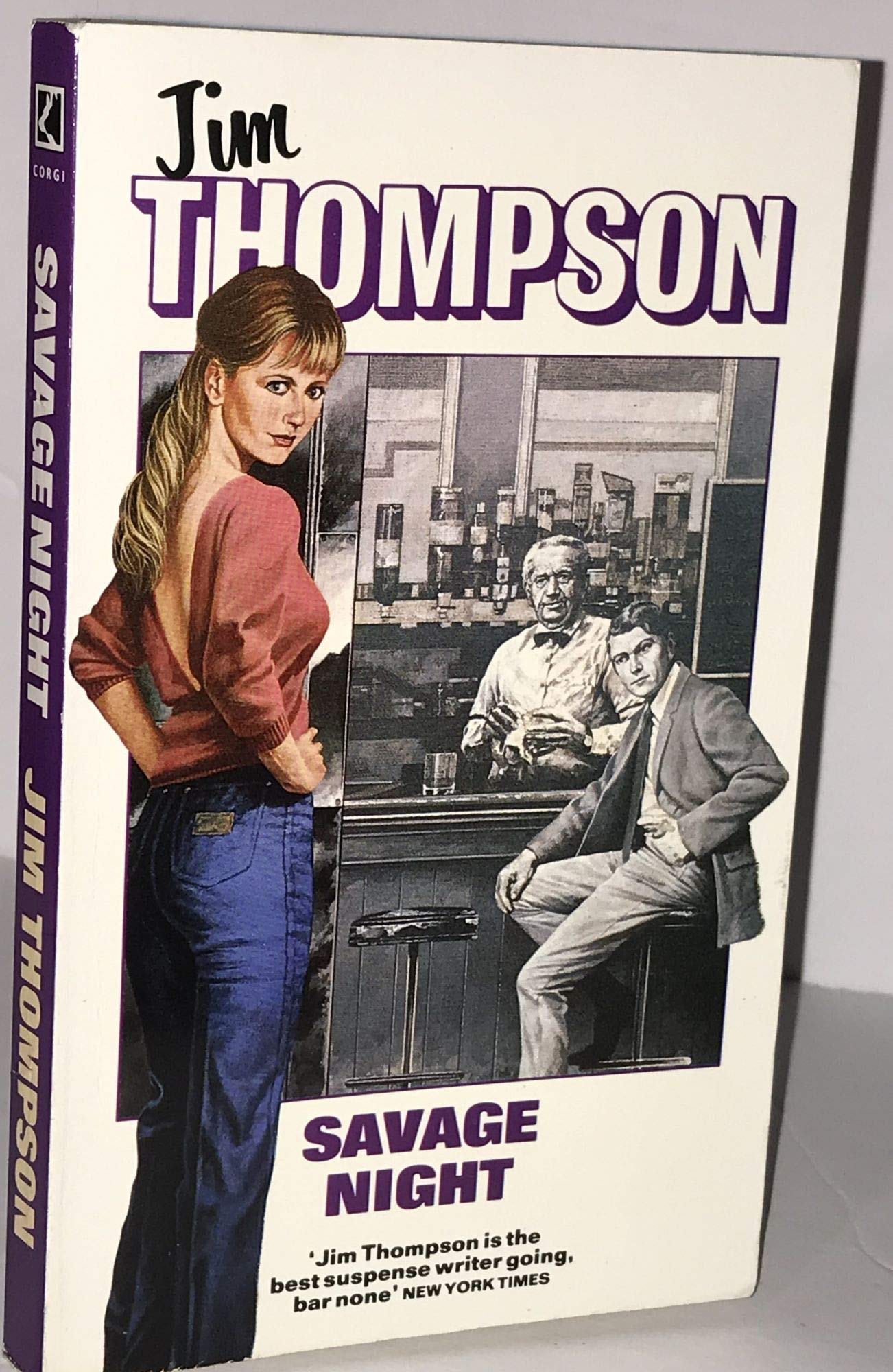 There was a time when I had all of Jim Thompson’s books in a shrine. But I loved Thompson so much that I had to try and get my friends to read him, so I started giving away his books. What a mistake! They were hard to find. Never give away your favorite books. I chose this one because it’s crazy. A tall hit man who wears elevator shoes is sent to a town to kill a person. His relationship with the woman starts when they get together in the boarding house. She has one leg that ends at the knee with a small foot attached. Oh, and the hit man starts to get smaller. Jim Thompson is crazy. He makes me laugh and sick at the same time when I write about him.

This one caught me off guard. Alcoholic short order cooks fall in love with an alcoholic who wants to kill herself. In the past, he was an artist who realized that he was never going to be a great artist and gave up painting to drink. When we meet him, he’s been on the slide for a long time. Because of the woman, he wants to try again to be great. It turns out that he’s not very good at painting and never will be. After that, their lives go into freefall. Pick-Up also has one of the best endings of any noir book I’ve read.

He was too much when I first read him. People who were good or decent or rich or famous in another life are almost always in every book that’s written. That’s why the world took his life away. The man has nothing. Alcohol and prostitutes or people who are near prostitutes help him deal with the dark. At the same time, he hopes that he can get out of the dark. During my 30s and 40s, when I read him again, I found that his despair and lack of hope made me feel better. Jesus, that says a lot about who I am. My favorite movie is “Shoot the Piano Player.” It’s also a good movie.

No Bed of Her Own by Val Lewton

Lewton became famous because he ran a horror movie studio and wrote the scripts for them. Before that, he wrote this single book. Rose Mahoney stands up for herself at work and gets fired. But it’s the Depression, and she can’t get a new job because it’s so bad now. A: She tries to do everything she can think of. There are no jobs. Soon, she finds herself in a dark world where people are desperate and hopeless is the norm. It’s up to her to do what she needs to do to get by. He is said to have written the book in a few weeks. I can’t believe this is true. A lot of people don’t know about this book, but it really hit a nerve with me. At least once a month, Rose comes to mind. Find paperback copies of the book online in the United Kingdom. It’s not easy to find here, so look online there for paperback copies. 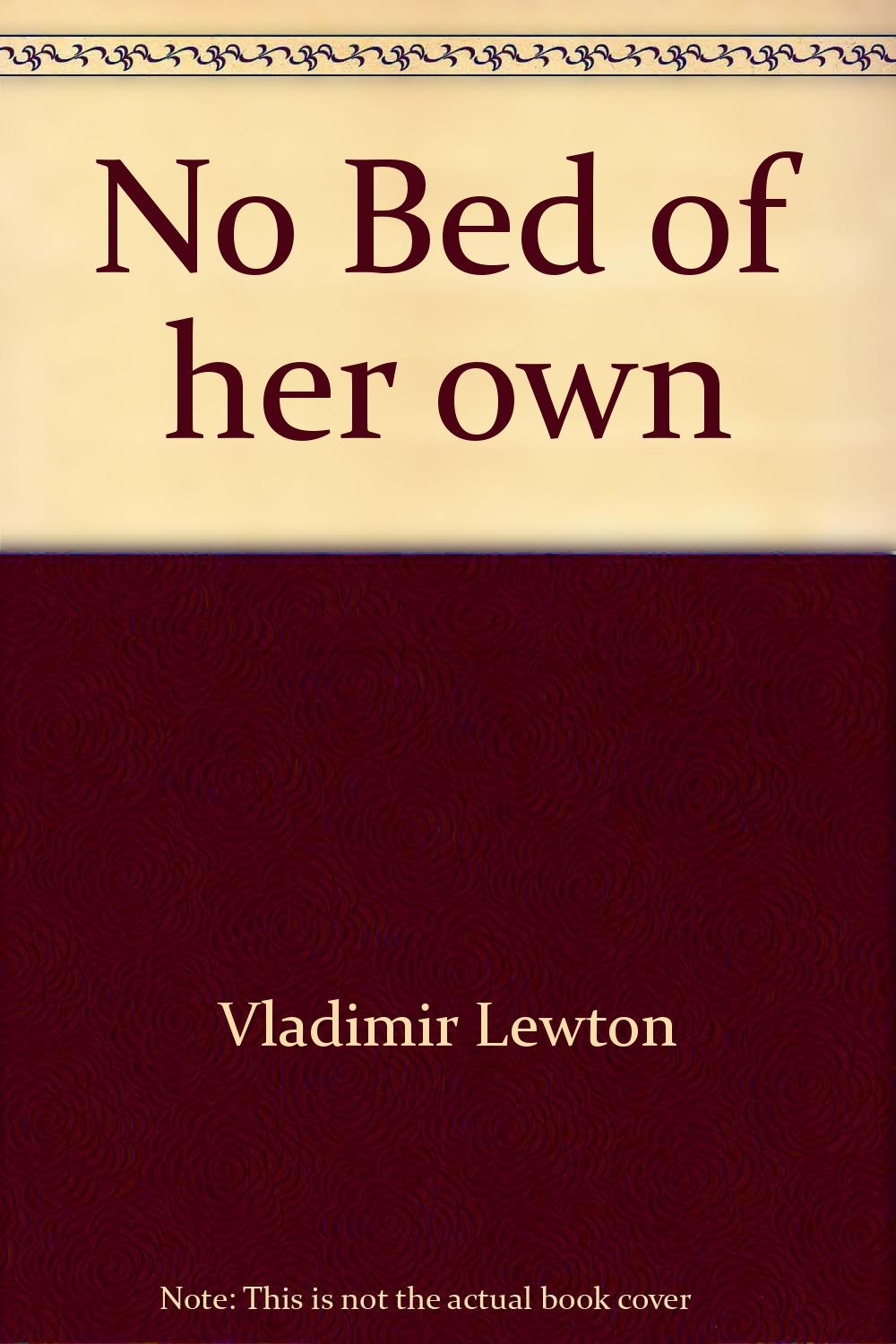 This is one I found by accident. George Pelecanos, a great author, talked about Edward Anderson. When he talks about a book, I always look it up. On this list, it’s the most crime-themed title. It turns out that three bank robbers get out of prison, only to drift back into life. Youngest thief Bowie falls in love with Keechie, who works at a gas station/repair shop with her father. He hides out there. It is a romantic but short-lived journey that leads to nothing and nowhere. The two go on the run together.

Wild at Heart by Barry Gifford

Three of the last three are new ideas. There are a lot of good books from the 1930s and 1950s that I enjoy. But this one is for Charles Willeford, and in a lot of ways, it lives in the Black Lizard world. Sailor is picked up by his girlfriend, Lula, when he gets out of prison. They go on the run together, and no one can find them. They are star-crossed lovers who always stay together. Mom: Marietta Pace Fortune hires Johnnie Farragut to find them and bring them back home. It’s a favorite. It’s just the start. Gifford wrote about Sailor and Lula for the rest of their life.

Die a Little by Megan Abbott

There are not enough good things I can say about Megan Abbott. She is a great person. She has this ability to make you feel safe and protected even though the world is falling apart around you. This is what she does. He works for the district attorney’s office. Lora is close to her brother Bill because he works for the office. Because Alice has a history of drugs and prostitution, Bill doesn’t like her very much. She married Bill. Bill doesn’t know this, but Lora thinks something is wrong and starts to look into Alice. In fact, it turns out that Lora isn’t as clean as she appears. She slips into the dark place she is trying to save her brother from. While walking, Abbott is very good at pulling the floor out. You hardly notice that your feet start to fall. 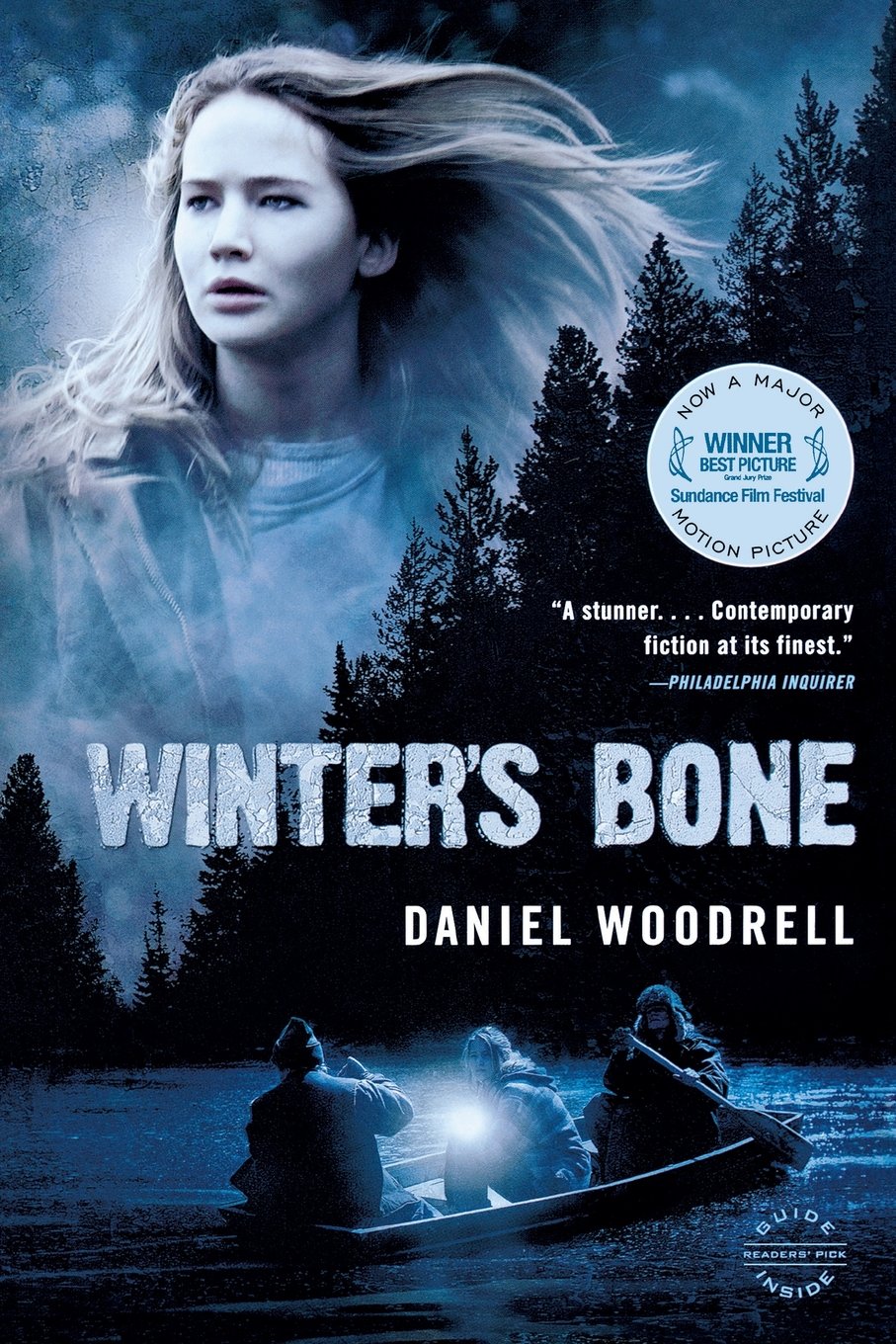 During the movie “Winter’s Bone,” there is a very desperate feel to the movie. A community that has been ravaged, but that is still making money and living off of methamphetamine. In a split second, Ree is now the head of her family. Her mother is mentally ill, her siblings are too young to help, and her father, who is a good meth cook, has gone missing without a trace, so she is alone. If she doesn’t find him, she’ll have to move out. Besides, he’s a master of words. He plays around with words, and it’s so beautiful.